My very first character animation! You wanna know when I fell in love with creaing animated movies? This project started it all!
It was created for the “MultiMediaProject 1” at the FH Salzburg, MultiMediaArt.

A lot could be improved today, but I still cherish this little project because the characters still have appeal to me and I did it all on my own. I still wonder though how I managed to get a lot of complex stuff right on my first try… considering I had little to no knowledge about an animated productions back then…

“‘The upper half of that spinning top looks like a sombrero to me’, that’s what I thought in 2010 as I scribbled Giro onto a page in my sketchbook before I even touched my first 3D-application.

He had a very simple design, so I decided to keep it that way as I reused him for a 3D-Animation a year later. I focused on developing his character traits and showing them off on screen. But how can you combine Mexico and spinning tops in a meaningful way? My answer is: Mexican spinning top wrestling! In short: Peonza Libre! (Because “Peonza” means spinning top and “Lucha Libre” is the original name for Mexican Wrestling.)

But you can’t wrestle without an opponent. Giro’s enemy for this match is the bad-tempered, much bigger Torro, a bull-like spinning top.

Will Giro be able to defeat this enormous beast?” 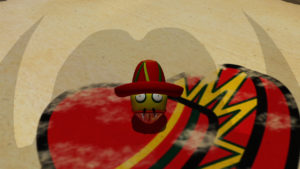 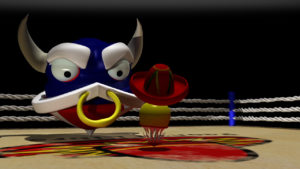 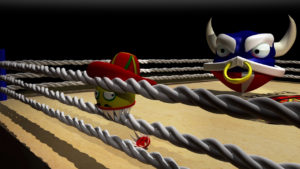